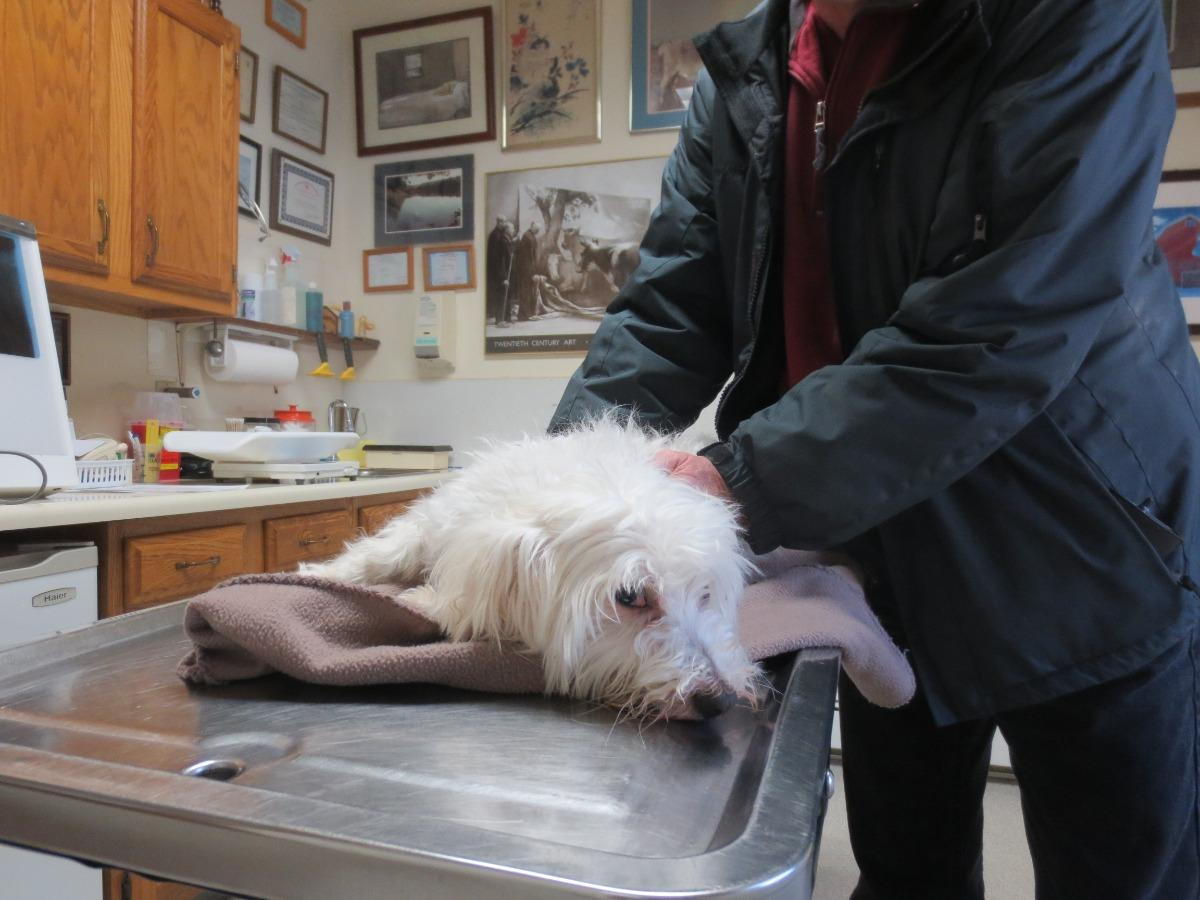 Millie, a 7 year old female yorkie/maltese was moving very slowly. Within 72 hours, she was unable to stand. Her clinical signs were a rapidly progressive symmetrical muscle weakness. We considered and eliminated rabies, botulism, tick paralysis, poison, and myasthenia gravis. We suspected acute polyradiculoneuritis (coonhound paralysis) and testing confirmed our diagnosis. Millie continued to get weaker, unable to urinate, defecate, or eat. With nutritional support and physical therapy, Millie slowly recovered after eight weeks. Humans get an identical disorder, Guillain-Barré syndrome. Originally believed to be an autoimmune disease, it is now thought to be associated with the ingestion of bacteria from eating raw chicken in susceptible dogs and humans.